Antoinette Hennessy has been a Fee-paying Member of ArchSoc since 2010, a total of six years. During this time, she has served as Social Coordinator, Public Relations Officer, and Treasurer on the ArchSoc committee.

Her commitment to ArchSoc throughout her membership is matched only by a few. In many ways a silent achiever, Antoinette puts her hand up to assist with every ArchSoc event and initiative that she can. In this sense, she has been ArchSoc’s go-to-person who rarely declines a request for help. She has been one of the critical members who ensured ArchSoc grew to the level it is currently at.

During her time as Treasurer, Antoinette commenced new accounting methods to ensure that the Society’s financial records were accurate and transparent. These methods were a precursor to the new procedures ArchSoc has in place today. Antoinette went above and beyond her duties as Treasurer, as even though she stepped down at the end of her term in 2013, she stepped up at the end of 2014 to assist with finalising ArchSoc’s accounts for the year, in preparation for the Annual General Meeting.

With regard to the Society’s objectives, Antoinette has served ArchSoc consistently throughout her membership by helping to engage the wider community in archaeology in interactive and informative ways. This includes ArchSoc’s public outreach activities, such as stalls at university open days, a stall at the Old Highercombe Hotel Museum, field work at Prospect Hill, and presenting at ArchSoc’s Meet the Archaeologists Night.

Finally, Antoinette has acted as ArchSoc’s de facto graphic designer in residence. Chances are that if you own a Flinders ArchSoc tee shirt from the last five years, Antoinette designed the graphic. Antoinette has also had a hand in designing most of the Society’s advertising flyers, the website and Dig It. She is also responsible for having designed the current ArchSoc logo at the beginning of 2012.

Antoinette was elected as an Honorary Life Member of ArchSoc at the Annual General Meeting held on the 19th of November 2015.

As the archaeological society of Flinders University, Adelaide, South Australia, we aim to provide a variety of opportunities for students to help in their endeavours as future archaeologists. View all posts by Flinders Archaeological Society 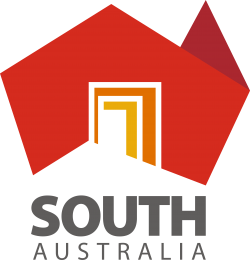