Back by popular demand

This is the first of a series of ArchSoc-organised workshops providing student members with the invaluable opportunity to get familiar with technical equipment and processes that are fundamental to field archaeology, in a supportive environment.

After a short theoretical introduction into what a total station is and can do, participants will get lots of practice setting up the station and recording points. The workshop is ideal to get some hands-on training in using the total station before heading out into the field.

The workshop is aimed at people with minimal or no experience with total stations. Participants must be ArchSoc members. You may join on the day.

Rob, a retired Licensed Surveyor, has taught surveying 38 years and worked as consultant surveyor on many archaeological projects over the past 10 years or so.

It’s only the second week of Semester 1 2015 at Flinders Uni, and already the year is shaping up to be a busy and productive one for Flinders ArchSoc. Here’s a wrap-up of events that launched the university year for ArchSoc:

O week Semester 1 was a great success with a steady flow of new archaeology students keen to get the year going by joining their society. It was great to see so many new faces; even better to have so many volunteer for the upcoming Digger’s Shield!

The week closed with the annual Semester 1 Archaeology Department-hosted BBQ for new and returning students, including some joining the student body from interstate. Welcome all!

For her volunteer services to ArchSoc and its publication Dig It in 2014, and for her demonstrated commitment to and passion for archaeology, Jana Rogasch was the deserving recipient of the ArchSoc Andrew Allen-Farr Award, presented at the Welcome BBQ. This year, we’re delighted to have Jana back taking care of non-course field and workshop opportunities in her new role as Field Work Coordinator.

On Thursday 5 March the incoming 2015 Committee met at the beautiful venue Warriparinga/Living Kaurna Cultural Centre to be inducted into their new roles, with experienced committee members (including past committee member Antoinette Hennessy) providing valuable insight and guidance into the highlights and challenges of being part of an active student organisation. Jordan Ralph and Dianne Riley facilitated a well-structured day of information, training and organising, and the group left feeling energised and on task for the busy months to come.

The Annual Flinders University Student Association (FUSA) Club Awards recognises clubs and societies for their contribution to campus culture; at the 2015 Awards Night last Friday, ArchSoc took out the award for Best Club 2014! Dianne and Jordan were there to accept the award on behalf of the 2014 committee; brilliant work all round, and many thanks to FUSA.

About the Best Club Award: Awarded to the club that has consistently remained active, engaging, and fair for the majority of the year. The Award Committee will take into consideration the length of time the club has been affiliated, the amount of activities that the club has run in 2014, and the number of members that the club has maintained, as well as anecdotal evidence seen around campus of the club’s status and activities.

To ArchSoc members and friends,

You are all invited to attend ArchSoc’s Quiz Night/Christmas get together on the 12th of December. The theme of the quiz night is Christmases Past, so make sure you come dressed appropriately! The organising committee will be awarding prizes for the best dressed and most imaginative costume.

Where: Noel Lothian Hall, Adelaide Botanic Gardens. The starting time for this event is 7pm. It is advised that you arrive half an hour before.

Bookings: To book a table or a seat at a table, please email Kahlia Pearce <pear0328@flinders.edu.au> and reserve your spot. As the tickets are at an affordable price and there are limited tables, we ask that guests book their spot and make their payment as soon as possible (places/tables are not confirmed until payment has been made).

Parking is available for guests at no cost. Please BYO drinks – the venue is licensed so you may bring alcohol – and a plate or some nibbles to share with your table. Tea, coffee, water, and tables and chairs are provided by ArchSoc. There are prizes to be won and it is sure to be a fun night. Guests do not have to be archaeologists nor members of ArchSoc. This is an event for everyone, so please invite your friends and family to attend!

If you are on Facebook, please have a look at the event page and click ‘Join’ if you’d like to come along: https://www.facebook.com/events/308646949324246/. This will make sure you receive more updates regarding this event.​

On the 14th of November the Flinders University Archaeology Department will be holding the master class titled ‘Writing book reviews for publication: a joint Australian Archaeology and ArchSoc Masterclass’. The master class aims to give students practice in writing book reviews for publication in academic journals. The master class will be held in Humanities room 105 between 9am and 1pm. There is no cost and morning tea will be provided by ArchSoc. Alice Gorman will be teaching this master class and it is a great opportunity to learn from an experienced book review editor. Plus, if the participants write a review for DigIt, they will have their review published a few weeks after the class. This master class is restricted to 20 students and is open to undergraduates and postgraduates. The link below contains more information on the class and is where you can sign up.

ArchSoc’s Garmin Rino 650 GPS units will have extra protection thanks to the proceeds of the recent bake sale. This week ArchSoc purchased a customised Pelican Storm Case* (model iM2100) in preparation for lending the equipment out to financial members from 2015. This purchase means that the Rinos will be stored in a watertight, dust proof and shock proof container, therefore ensuring they are not damaged during storage and transport to field work. Speaking from experience, these cases can even be driven over in a fully-laden 4wd without damaging the case or the contents.  To top it off, the case has a lifetime warranty.

The timing of this purchase was great. Next Tuesday the 28th of October, ArchSoc is holding a meeting in HUMN 106 at Flinders University to discuss the future of ArchSoc. Among other things, the storage and borrowing policy and procedure for the Rinos will be drafted (the final policy and procedure will be adopted at the AGM in November). There will be further email updates about the meeting and AGM via email.

On Saturday the 8th of November 10am-2pm, ArchSoc will be holding another demonstration day dedicated to the Garmin Rino units. If you’d like to know more about using these GPS units, from beginning to end, please email ArchSoc President Di Riley to book your spot (places are limited).

Thanks to all who supported the bake sale by supplying the goods and/or purchasing them. 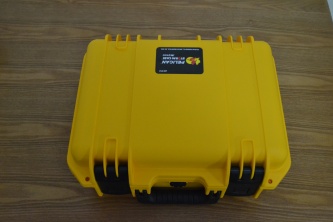 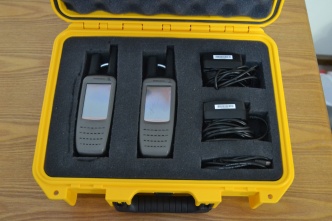 *ArchSoc has no affiliation with Pelican and did not/will not receive any benefit from publishing this article.

On Saturday the 13th of September ArchSoc is holding another Total Station workshop. This workshop will take place in the Social Sciences South courtyard from 10am to 2pm (Flinders University/sign in is at 9:50am). This workshop is for beginners only. The people who attended the first workshop are also welcome to attended this session as a follow up class. A separate rino workshop is being scheduled for October. BYO lunch. Coffee, tea and water and biscuits will be supplied. Rob Koch is our demonstrator.

This Saturday, the 23rd of August, ArchSoc is holding a Total Station workshop for financial members. The workshop will take place at the Flinders University Campus, Bedford Park starting at 10:00am and finishing at 2:00pm. Lunch will be Pizza and soft drinks, courtesy of ArchSoc after the workshop. There will be coffee and tea available during the morning.

Demonstration of the use of a Total Station by Rob Koch

Demonstration of the use of ArchSoc’s Garmin Rino GPS units by Jordan Ralph.

The workshop is restricted to 8-10 people, so be quick and register. Undergraduates are highly encouraged to attend.

This is a unique opportunity to work with experts in their field in a one on one situation​. The workshop will go ahead no matter what the weather. There is no cost to participants as the demonstrators are kindly donating their time and expertise.

It has come to our attention that some people haven’t been receiving our emails. We think we have resolved this issue and have re-added our members’ emails to our list server, and fixed the issue with the member database.

Some of the notices that you might have missed over the last few weeks related to the new issue of ArchSoc’s journal, Dig It (ISSN 1440-2475). For any member who hasn’t received a physical copy, please let us know via email if  you want a copy posted out to you or if you would prefer to collect it yourself.  Just a reminder that only current financial members are eligible to receive a hard copy.

At the moment we have 119 members, which is down from last year by approximately 50 members. Now is the perfect time to join, as we will be holding a number of events, including fieldwork training/practice days, a quiz night and the next issue of Dig It will be published towards the end of the year. To read more about the benefits of ArchSoc, and to purchase membership, please visit our About Us and Become a Member pages. To check your membership status, please email the Membership Officer. 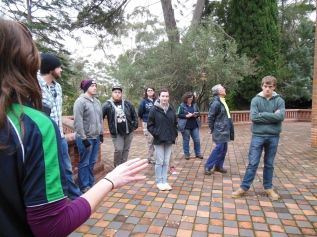 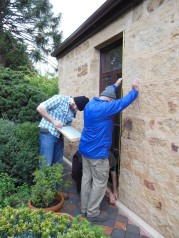 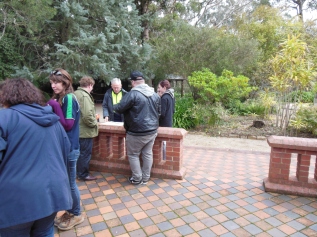 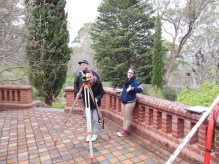 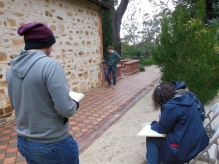 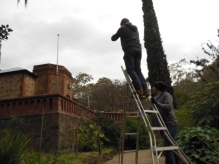 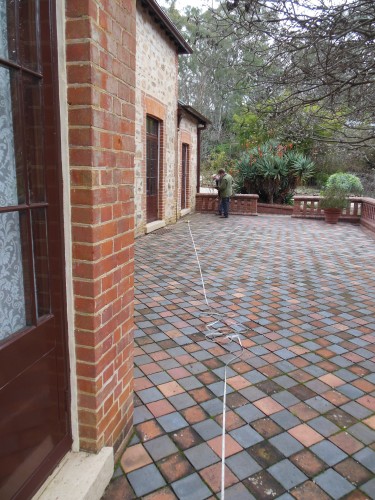 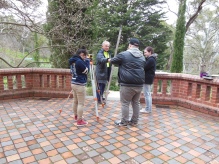 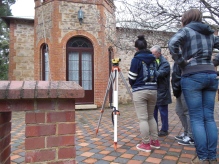 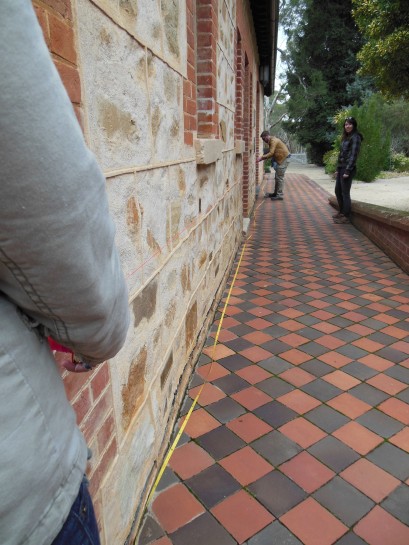 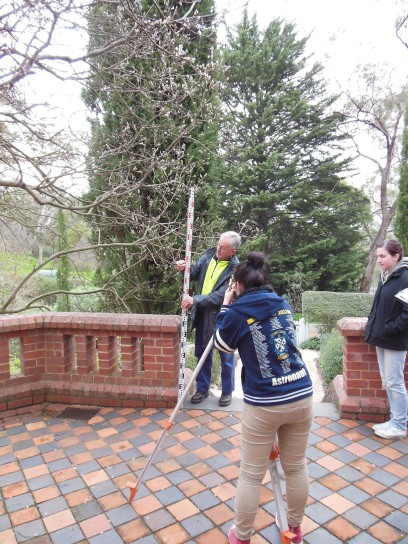 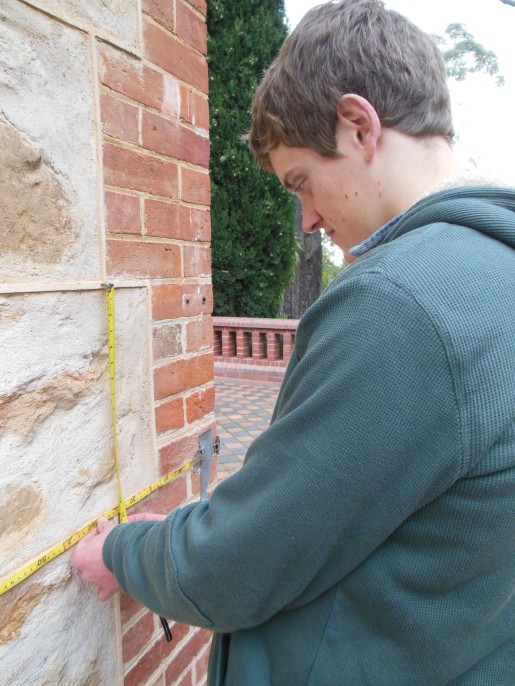 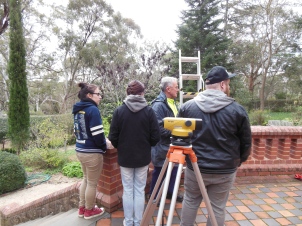 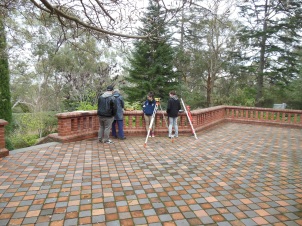 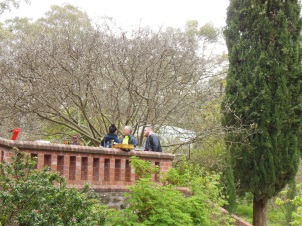 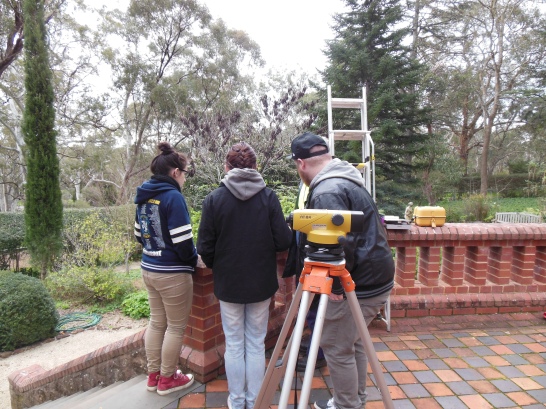 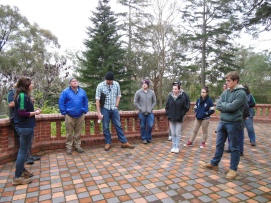 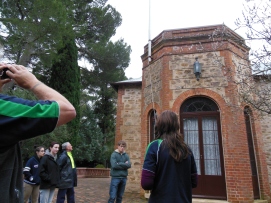 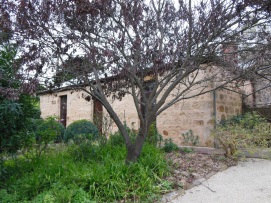 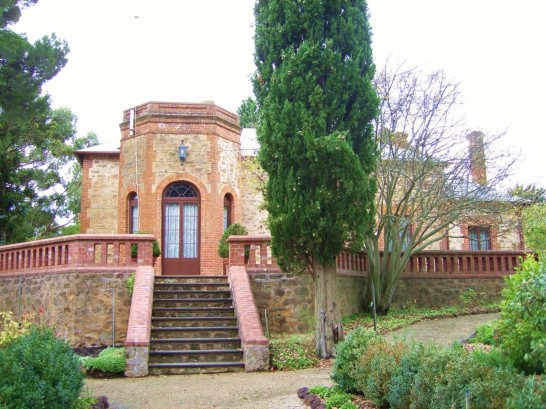 Help keep our society running by making a donation.